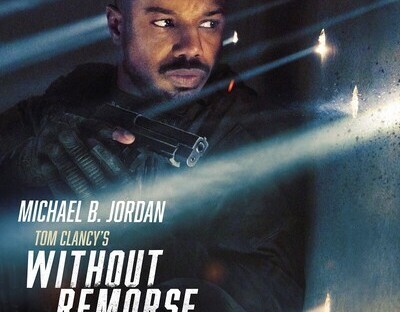 I went into this one straight away without watching the trailer because I am a fan of Michael B. Jordan, and I was curious as to how Amazon would treat another Tom Clancy property. I came away from it pleasantly surprised, and I see why a lot of other reviewers panned it negatively. It is not nice to American propaganda outside of the usual CIA fluff, which is obvious otherwise it wouldn’t be a Tom Clancy movie. You could see the ending a mile off, but that did not negatively impact my enjoyment. In fact, I was hoping it would be the case of what I thought it was and in that regard I was happy.

The plot, which is simple, and not indecipherable as several reviews I’ve read have said, is that John Kelly, played by Michael B. Jordan, goes on a hunt for the men responsible in the death of his pregnant wife and unborn child. Along the way he uncovers a conspiracy to frame the US and Russia in order to provoke them into war. The writer responsible for this movie is Tyler Sheridan, of Sicario fame. His script has similar themes to that movie, of the dirty business that the US utilizes to get results and/or wealth. You can see who is the main villain because of whom they cast in a certain role, for they wouldn’t cast an A list name if they didn’t have a larger purpose. I don’t mind that, because it is about the journey and how it is told.

The journey is accompanied by some spectacular action set pieces, carried by the strength of believability from Michael B. Jordan’s acting skills. Two particular scenes are still ingrained in my mind, one from the trailer – his jail cell fight, and the other involving a plane sinking into the ocean. There is plenty of hand-to-hand combat, along with shooting. These scenes are always fun, and the guns have a nice sound and heft to them when fired. It was gritty, and at times, a little intense. The scenes held my attention well – no looking at my phone.

I’ll give you a second to avoid this. Skip down to the conclusion if you wish to not be spoiled.

I knew the big reveal was gonna be that the US, or rather, a corrupt D.O.D official was going to be behind everything and that it is because of money. Because nothing generates more war for a large country like the US than spending money on the horrors and tools of war. I particularly enjoyed the bad dude’s speech on how world war two was won for the economists because how much wealth it generated for them. I also liked that they said the problem is that the US has no real enemy anymore, that one half thinks the other half is the enemy and that doesn’t generate any real wealth. The people need a new common enemy to focus their anger and fear on. That fear generates the idea of patriots fighting for their country and in turn, the cycle of war and wealth continues. The spending continues. Corporate reviewers have to pan the movie negatively because of this, their bosses, especially in the US, are a part of the propaganda machine that always turns. Hence why the CIA are made out to be the good guys in the movie – luckily, hopefully, people still remember Gary Webb. So, no matter of propaganda will ever have the CIA be seen in a good light. Well, at least to those educated in such matters.

Overall, I really liked the movie. The action was clear, and easy to follow along. The main character; that is, Michael B. Jordan is a bonafide action hero. He has that charisma to him, and believability that he can kick ass and take names. He also has the acting chops for when strong emotions are required. I enjoy watching his career with great interest. The other actors in the movie are sufficient at their roles, I wasn’t taken out of the immersion by anyone. Gunplay is solid, and I feel we have John Wick to thank for that. I feel that movie has positively affected every new action movie to have a certain standard when it comes to guns. I digress, I recommend this movie for a watch.

Published by Not A Walking Tree

English major, philosophy minor. 6'9, often mistaken for the trees. Writer to be, lover of movies and tv shows, and games. Freelance writer/editor - Civilizations Born From A Seed available now on Kobo (https://www.kobo.com/ca/en/ebook/civilizations-born-from-a-seed) View all posts by Not A Walking Tree

1 thought on “Without Remorse”